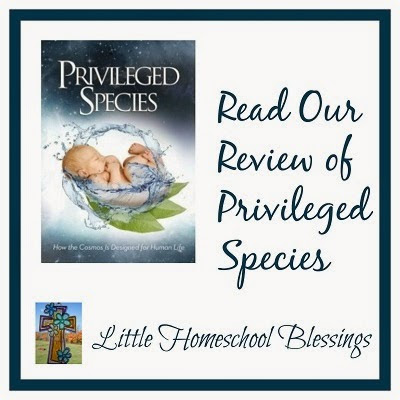 FishFlix.com sent us the movie Privileged Species to review.

First Thoughts
This year Ceesa and I have been getting into Apologetics Studies, so when the opportunity came up to review Privileged Species, I was really excited. Our family feels that studying evidence for our faith is a very important aspect to homeschooling and spreading the love of Christ!

About Privileged Species
Privileged Species is a 33 minute documentary based on the work by Michael Denton in his book Nature's Destiny: How the Laws of Biology Reveal Purpose in the Universe. The DVD contains information based on the scientific fields of physics, chemistry, and biology and how those fields show evidence that our world has been created for human life ("large muli-cellular beings").

The movie starts with an excerpt from Bill Nye to contrast the evidence provided...

﻿
﻿
Privileged Species Fast Facts
As the documentary draws to a close this statement is revealed...
"Far from being insignificant speaks, living on an insignificant planet  humans are truly a privileged species inhabiting a home that seems to have been prepared for their benefit."
Our Experience
I watched the DVD on a couple of occasions. And when we study Apologetics, I am always amazed how anyone could believe in the likelihood that the earth and everything in it could have just merely happened. When we watched Privileged Species, I was again reminded of this fact. 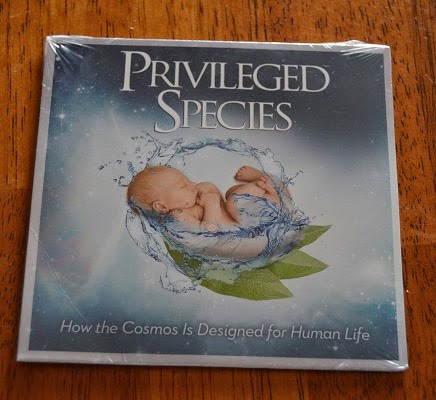 This is our exam week. Ceesa prepares speeches for part of her exam. This would be a perfect documentary for her to use as a reference for preparing an informative speech about recent scientific findings on how the cosmos is specially designed for human life.

Separate Thoughts
Speaking of Bill Nye's quote above...Isn't it amazing that, although we are just minuscule specks, we are loved so much that Christ was willing to suffer for us, so that all those specks that believe in him will have eternal life. That is astounding to me. The love that takes a grain of sand and makes it something special. The love that makes an entire world, universe for a speck like me.

Recommendation
We'd recommend the movie especially for families or youth groups that service children that are middle school and high school aged. Right now, Privileged Species is on sale for 33% off.