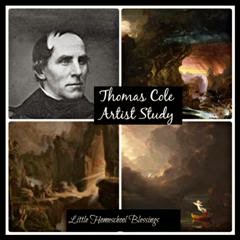 Cole was born in England, but immigrated with his family to America, settling in Ohio. Cole seemed to have a lot of success with his work early, both in America and among Americans traveling in Europe. He started his studies with portraits, but found his nitch in landscape art. He supplemented his art commissions with writing, teaching, and designing.

He is known as the father of the Hudson River School. Rather than a school it was more of a movement. Formed in the 19th century, the focus of the work was on discovery, exploration, and settlement. The landscape paintings were characterized by realistic, detailed, and sometimes idealized, or romanticized portrayals of the natural setting. It received its name because the Hudson River Valley was the scene of much of the work, dubbed by critics.

Here's what we are studying...

Expulsion from the Garden of Eden
1828 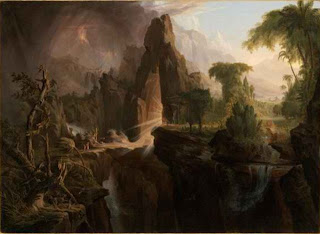 Most feel this painting was devised with Milton's poem Paradise Lost in mind which was very popular in America as well as Europe. This piece was first shown with his Garden of Eden.

Course of Empire Series
1833-1836
In this five part series Cole shows the cycle of the forming of an empire. In a newspaper advertisement,  Cole quoted Byron:

"There is the moral of all human tales;
'Tis but the same rehearsal of the past.
First freedom and then Glory - when that fails,
Wealth, vice, corruption - barbarism at last.
And History, with all her volumes vast,
Hath but one page... 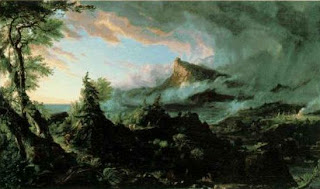 Course of Empire: The Savage State 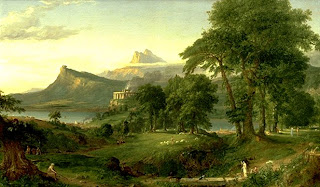 Course of Empire: The Pastoral State 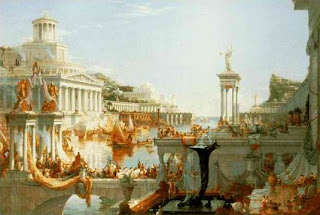 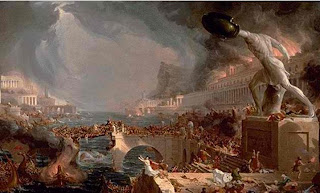 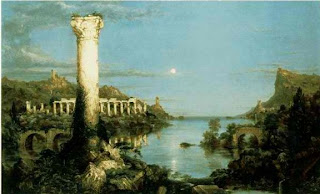 The inspiration for this series may have come from John Bunyan's Pilgrim's Progress. It was originally commissioned, but unfortunately were not completed before his passing. The series works with the theme of aging and the cycle of new to old. 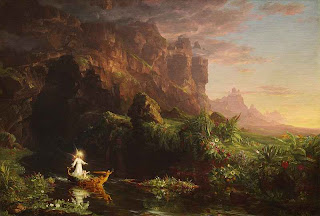 The Voyage of Life: Childhood 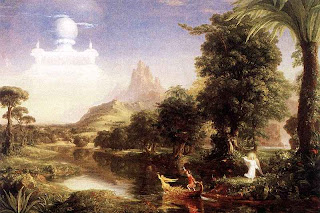 The Voyage of Life: Youth 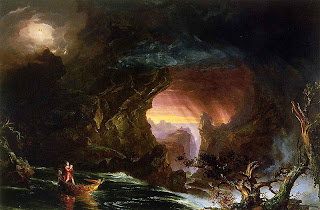 The Voyage of Life: Manhood 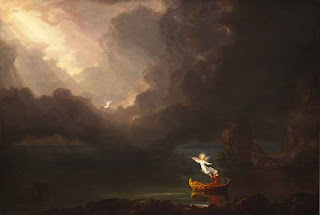 The Voyage of Life: Old Age

I love Thomas Cole -ever since high school.

This is the first we've studied him!