We've been reworking how we are doing exams. We include some fun things in the afternoons and work diligently and purposefully on the handful of questions that I ask in the mornings. I thought I'd share them with you! 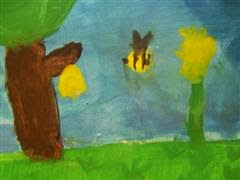 A view point is the way we look at something. Everyone looks at things differently. Everyone has different feelings, motives, and responses to certain situations.

From the Age of Fable we read about The Graeae, Perseus and Medusa, Perseus and Atlas, The Sea Monster, the wedding feast, The Sphinx, Pegasus and the Chimaera, the Centaurus, the Pygmies, the Gryphon, The Golden Fleece, Medea and Aeson, Meleager, Atalanta, Hercules, Hebe and Ganymede and Theseus. Usually someone was acting in a way that he/she thought was right or justified. Then someone else responded in a way that he/she felt was right or justified.

Using some of these stories as examples, demonstrate how viewpoints can be different even when it is about the same event or circumstance. 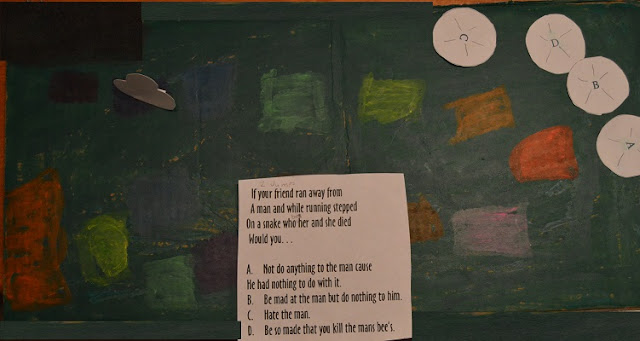 We’ve listened to the folksong: Let us Sing Together and the hymns: Nothing but the Blood, Jesus, Lover of my Soul, and Grace Tis a Changing Sound.

Some scientists believe that the world as we know it was created by a big bang. A bang that took nothing and made something, but science proves this is untrue again and again. When you take nothing, nothing does nothing, nothing can happen with nothing acting on it. With all experiments there is something that causes a change to occur.

Make an outline for an oral presentation where you defend this idea that something has to act on something else for a change to happen. Use information that you have learned about science in a supermarket. Then explain it.

To survive, animals and people rely on many things. There is a special relationship between each animal and person with the world around it. Think about leeches, naiads, water striders, willow trees, blue gill, moss, mussels, our bodies (blood, heart, lungs, digestion, teeth, eyes, brain, nerves), and a coral reef.

Create something that shows the relationship between one of the things we’ve studied and the world in which we live. You may choose how to demonstrate this in any way you wish, but it must be presented beautifully. 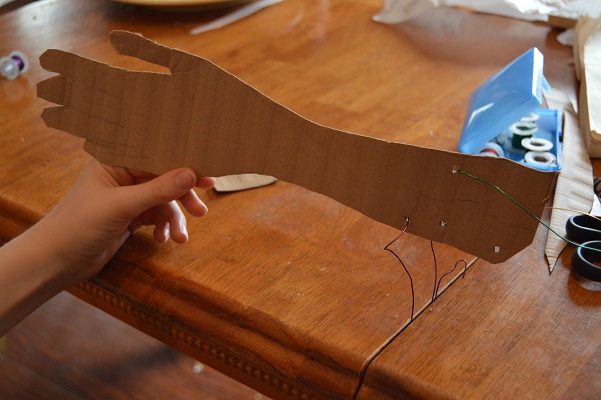 Both Turkey and Israel are Holy Lands. These places are unique and hold a tremendous amount of history. Because of the importance of these places, many people treat the places as sacred.
Choose one of these places and make a chart of what makes them unique. Consider what has happened there the waterways, mountains, hills, deserts, lakes and other things that make it special. 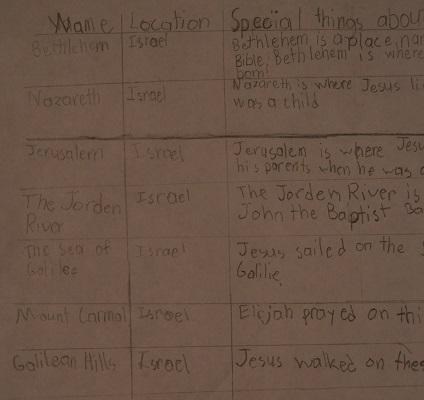 Each person has a unique character. We all act, talk, and feel in ways that are unique to us. It is the way God made us, to be special. The Bible says… “I praise you because I am fearfully and wonderfully made.”

Choose one of these people or characters from a pretend story and make a web. Put the name in the middle and 5-7 lines out telling about something he/she said, did, or thought that show his/her character.

Email ThisBlogThis!Share to TwitterShare to FacebookShare to Pinterest
Labels: Exams