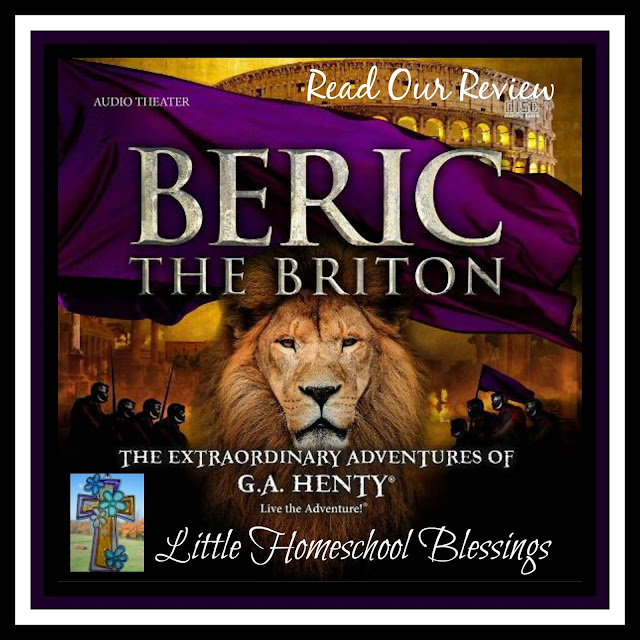 Heirloom Audio Productions sent us Beric the Briton audio CD to review along with downloadable resources. The audio drama presentation of Beric the Briton is based on the book written by G.A. Henty. Henty has written around 100 historical fiction books that have captured our family's interest for a couple of years now. He always gives readers an excellent example of noble character, which we truly appreciate.

~About the Story~(The audio presentation of Beric the Briton is adapted from the original, so we've provided a summary of the audio version). Beric is the son of a cheiftess from a tribe in Briton. Beric has spent some time among the Romans, but is now fighting against the Roman occupation and rule on the island. The queen of Briton is Boadicea and she has a warrior's heart and fights to the bitter end. Beric becomes chief and leads his men until he is captured and taken to Rome, where he learns of the Christian faith. He decides to believe and follow the Lord in a dangerous time and place in history for Christian people in Rome. Nero is emperor (Beric is in his service) and persecutes the Christians and some believe may have even framed Christians for the Great Fire of Rome. Beric defends a young Christian woman that has been put in the arena to face a lion or to renounce her faith.

~The Audio CDs~There are two CD's included in the pack with 2 1/2 hours of recording. The recording is called audio theater and is more than just a reading. It combines an adaptation of the original story with sound effects, musical scores, and actors and actresses.

~Downloadable Bonus Items~The Family Four-Pack (the premium buying option) contains a downloadable set of bonuses features. You access these online. They include:
~The Study Guide~The study guide contains a brief biography of G.A. Henty, Nero, and Boadicea, historical background, the Colosseum and Christianity, questions and vocabulary words for each track, activities throughout, Bible study,  and an additional resource list. There are two types of questions. The Listening Well gives children questions to answer that are found in the recording. The Thinking Further questions provide children with questions that prompt further thinking and comprehension. The activities include recipes, interesting facts, information about the time, links that have virtual tours, photographs, and illustrations. We printed ours and put it in a three ring binder with the copy of the book that was provided. 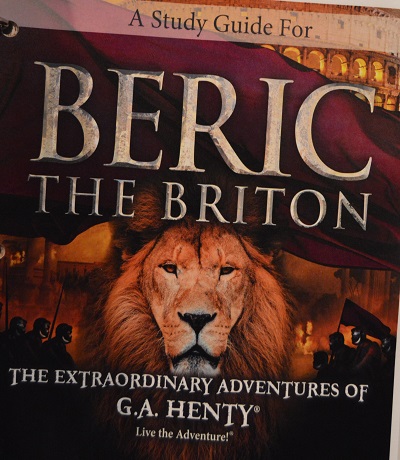 ~Jo-Jo's Experience~Jo-Jo loved listening to the story. I only asked her to listen to a few tracks a day, but she would listen to one after another. She loved the element of suspense that the sound effects and actors and actresses afforded. She says that she liked that, "it had adventure and was a story about Christians." 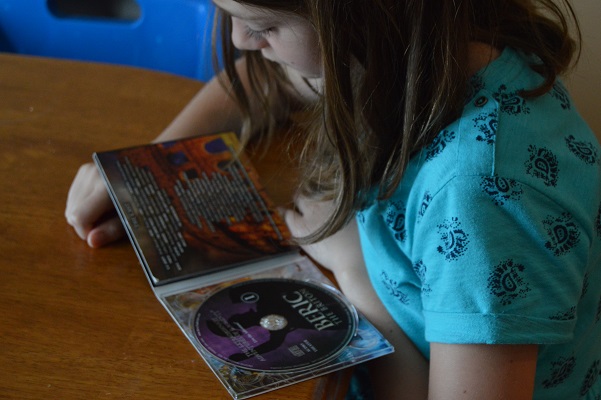 ~Ceesa's Experience~Ceesa listened to the first few tracks and grew very interested in the story, before long I found her snuggled up in her bed reading the downloadable copy that we printed. She finished it in a very short time and immediately began telling us about all of the differences she was discovering by listening to the audio production and comparing it to her reading. 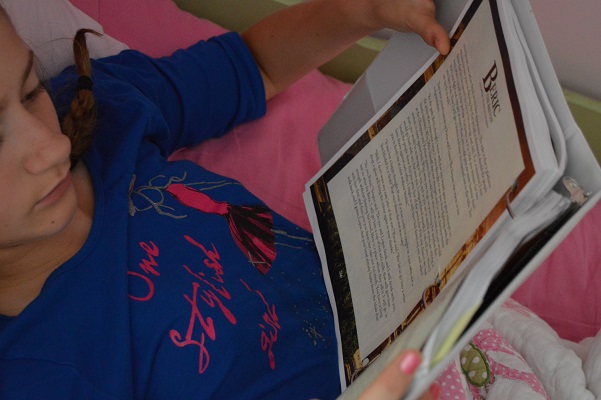 ~Additional Research From History~We were able to use our previous studies of Roman occupation in England, early studies of Briton rulers (Boadicea and Damocles), Roman emperors (the Caesars), and the martyrs of the Colosseum to piece together the time in history. Our background was very helpful to understanding the time and what was happening, but there were several questions that popped up while we were listening that we decided to follow up on. The Great Fire in Rome was one that we were all interested in learning more about. We were able to find some great resources and even an interactive that showed how to deduce if a fire was an accident or if it was arson. 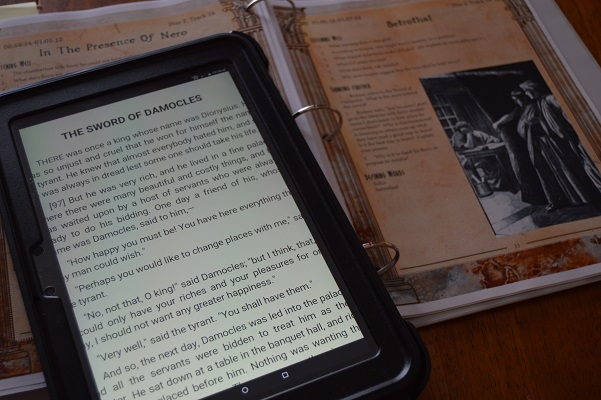 Overall, we really enjoyed the story and learned a lot about the times.

it was good seeing the pics of your family using it. :)

Thanks Annette! We will be reviewing another Heirloom Audio Book soon. We are looking forward to it!