Compass Classroom: Word Up! The Vocab Show {A Review} 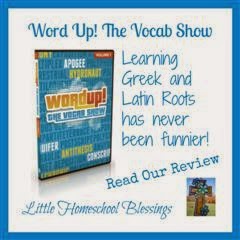 Compass Classroom sent us Word Up! The Vocab Show download ($15.00) for ages 10 and up to review. 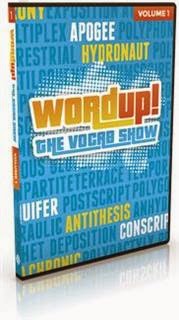 First Thoughts
When we received the invitation to review Word Up! The Vocab Show, I watched the trailer to see if it was something I thought the kids would like. It.Was.Hilarious. Yes, we definitely wanted to review Word up! (You can see the trailer here.)

What is Word Up!
Word Up! is a collection of video episodes (12-15 minutes each) that teach Greek and Latin roots and English words that are derived from them.

So for example, the very first episode is based on the Greek and Latin roots for water. The Greek is Hydros and the Latin is Aqua. 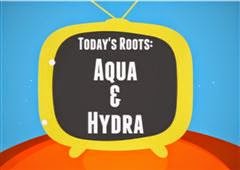 When each word is presented, there is a video or a picture in the background that goes along with the word to reinforce the meaning of the word and the definition of the word is explained.

The Vocab Show has a host, a Latin expert, and a Greek expert all played by...you guessed it...Dwane Thomas. And in all three roles, he is definitely a funny, funny guy.

Additional Resources
After watching the videos, students are encouraged to use the quizlet tool provided with online flashcards, learn, speller, test, scatter, and space race to practice the new words.

What We Thought
We would watch Word Up!, while eating lunch. The kids would beg to watch it everyday and then plead to watch a second episode. And when we watched all of them, Jo-Jo said, "Okay. Let's start over and watch them all again." When I told them it was the first volume and that there would be more volumes. She said, "I know what I'm asking for when our family asks what I want for Christmas!" 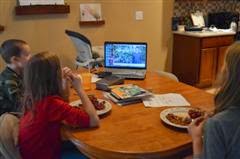 What the Kids Have to Say
I asked Jo-Jo what she thought about Word Up! She was rather speechless at first...then I got an awesome, amazing, wonderful out of her. She replied, "When Momma said he (Compass Classrooms) would be doing another volume, I decided to save my money to buy the new episodes of Word Up! (I'm saving to buy Heisey glass and a dress, too)."

"I learned water is aqua in Latin and agua in Spanish. I also learned Dwane Thomas really likes bonbons."

Ceesa says, "Dwane Thomas is really, really, really... (about 10 times) funny. I laughed, and laughed, and laughed. I liked how they had one person be three different people. I liked the beginning parts and I especially liked the guy at the desk (the host), when he threw the ball at the camera and when the Latin and Greek experts said, 'Hey! That is my jacket. That is my tie.' It is especially funny because it is the same guy."

"I learned that there are a lot of words that come from Latin and Greek roots. I especially liked when we studied the word graph and he said, 'The first word is...graph.' I learned that bonus, bonbon, and bon apetite are taken from bonus which means good."

Wishlist
Okay so we totally want all of the Word Up! volumes, as soon as there are more! Learning Greek and Latin roots has never been funnier.

I received a free copy of Word Up! from Compass Classroom in exchange for my honest review. I was not required to write a positive review nor was I compensated in any other way. All opinions I have expressed are my own or those of my family. I am disclosing this information in accordance with the FTC Regulations.